On Thursday, May 26 the Rivers Edge Veterans Association (REVA) hosted a Memorial Day luncheon for the veterans residing at Arbor Landing, Ocean Isle. Fourteen (14) veterans representing all branches of the military attended the luncheon along with eight (8) REVA members. Also in attendance were staff members of Arbor Landing and Lower Cape Fear Lifecare. A moment of silence was taken to remember all who have served in the armed forces of the United States and are no longer with us. A special tribute and honor were given to the eight (8) veterans of Arbor Landing who passed away in the past year. A tolling of the Honor Bell was rendered as the names of each deceased veteran was recited. In recognition of Memorial Day, each veteran of Arbor Landing was presented with a Poppy Pin, the symbolic flower of Memorial Day. 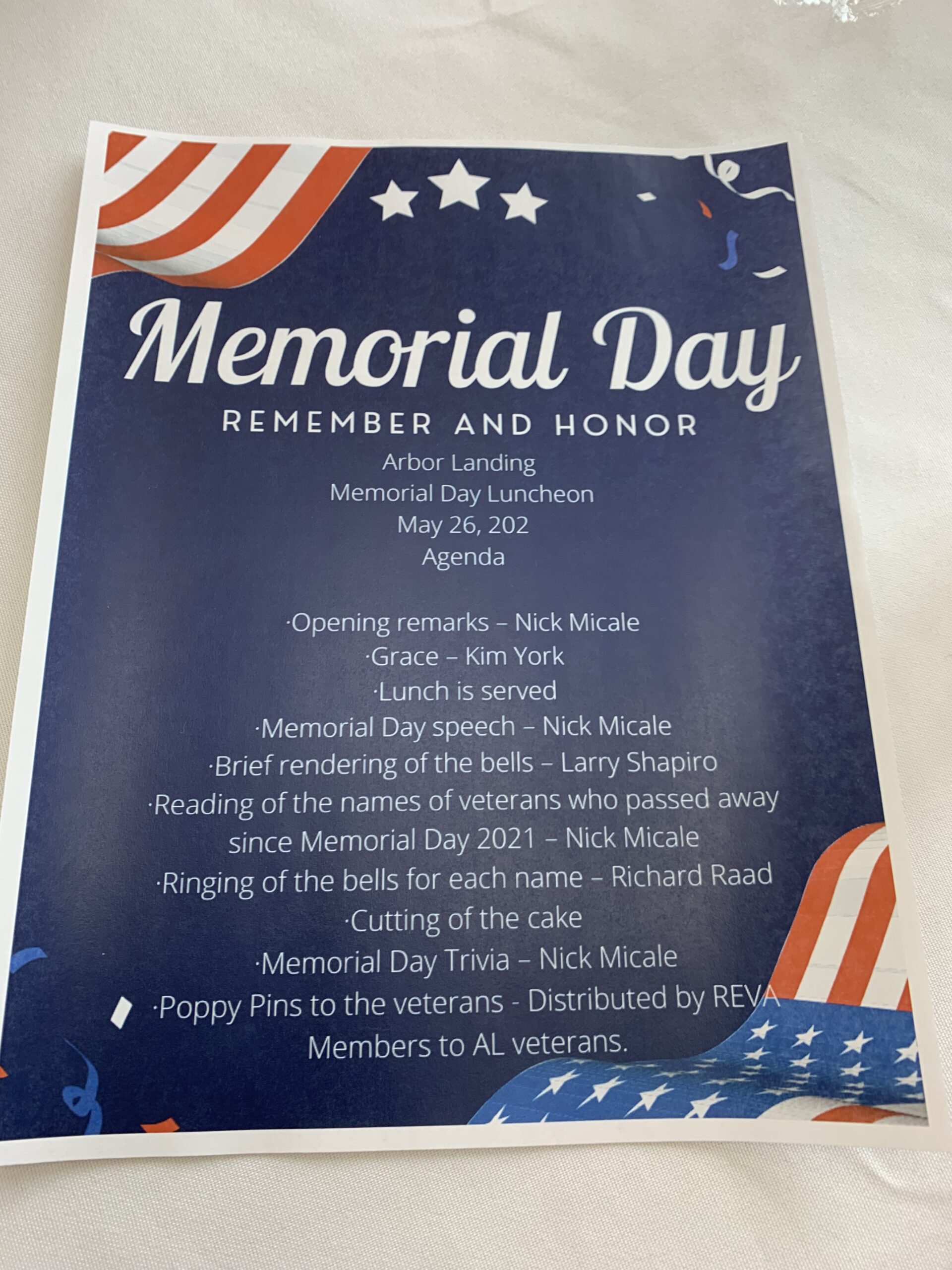 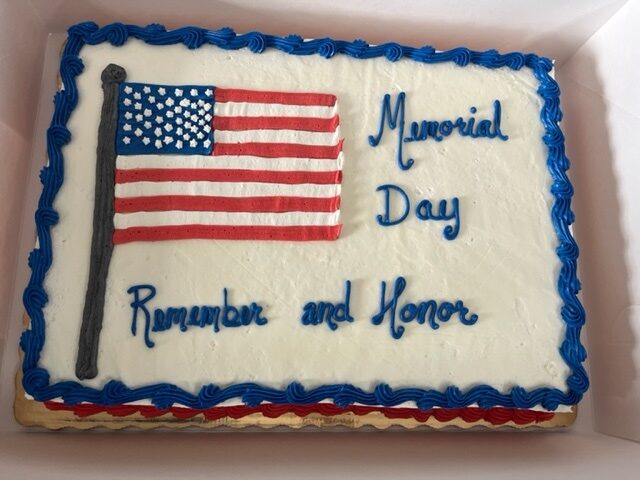 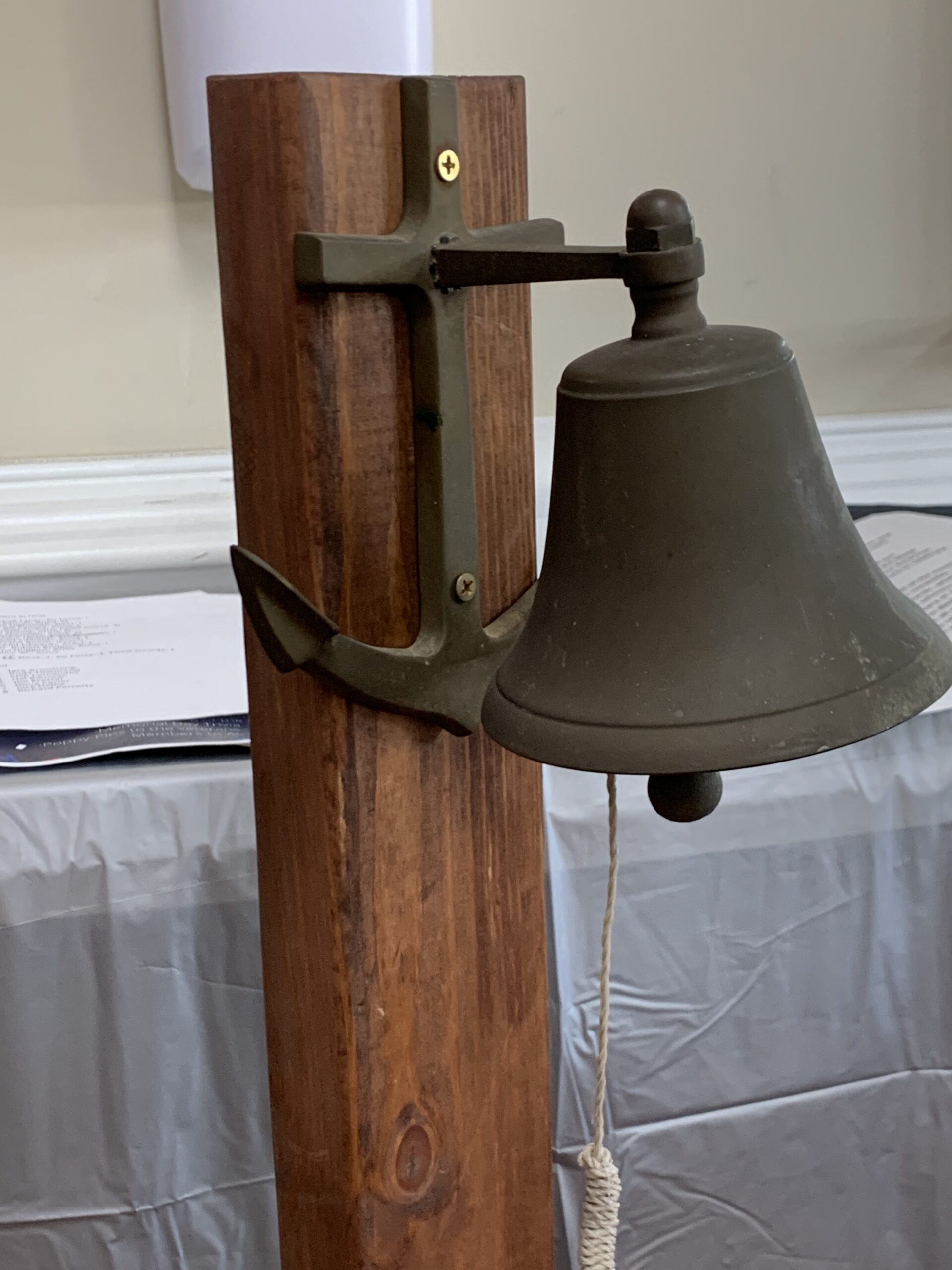