John Duncan scored a hole-in-one on the par 3 fifth hole here at Rivers Edge Golf Club on April 18. John used a 9 iron from 128 yards to score his ace. At the time he was playing in an inter-club match between Rivers Edge and The Lakes. Witnesses were his playing partner, Jerry Arnold, and their opponents from The Lakes, David Mammay and Doug Barrett. This is Duncan’s second HIO. His first was also at Rivers Edge on the par 3 eighth hole.
Congratulations to John!! 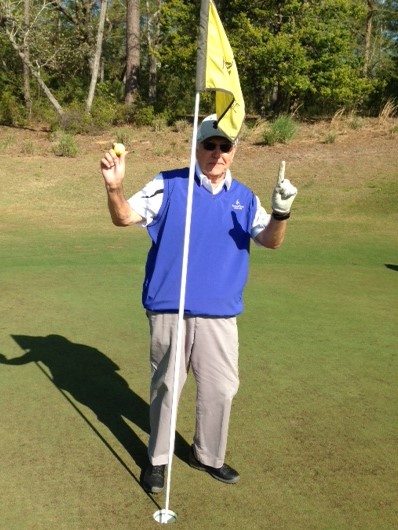